There was a report of Waxwings in Blaydon. So, although we had had great views at Whickham at the end of 2016, I set off on a Waxwing Hunt because this was now 2017 and I am on the trail of 200 species.

Waxwings were not to be seen however.  But I did meet up with old friend Conrad Dickinson who was seeking the same Waxwings as me.  Not to be thwarted he suggested we visit a favourite haunt of his - a group of berry-laden trees outside of the Warburton's Factory in Newburn.  And I'm really glad we did - a host of splendid thrushes were feeding there including  Redwing, Mistle Thrush and Fieldfare. 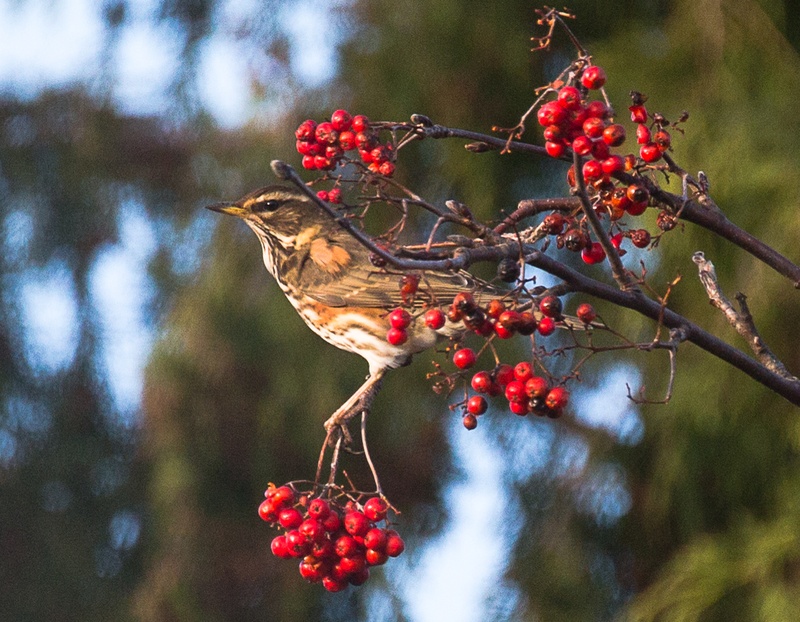 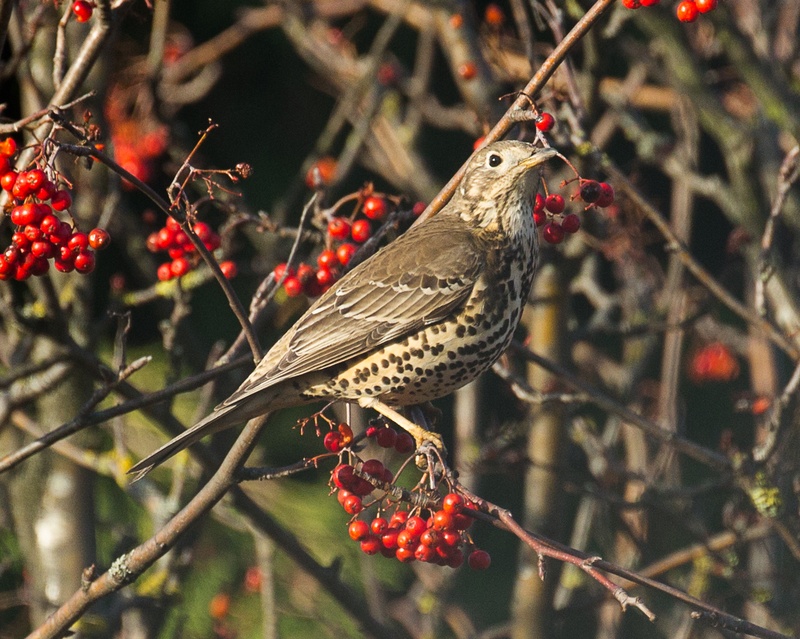 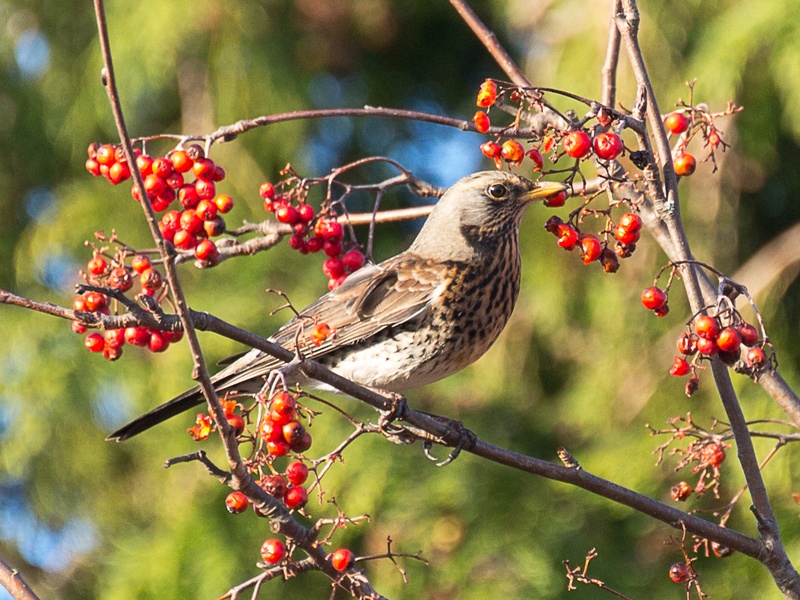