We have 2 bird boxes with cameras in.  They need to be linked by wires to the TV - in our new garden that is quite a long way, so I haven't fixed them up (though the boxes are out in situ).  We decided that one was in the wrong place - south facing, so probably a bit too warm.  When I went to take the box down to move it, I found this strange construction around the camera.  I have added some objects to give it scale: 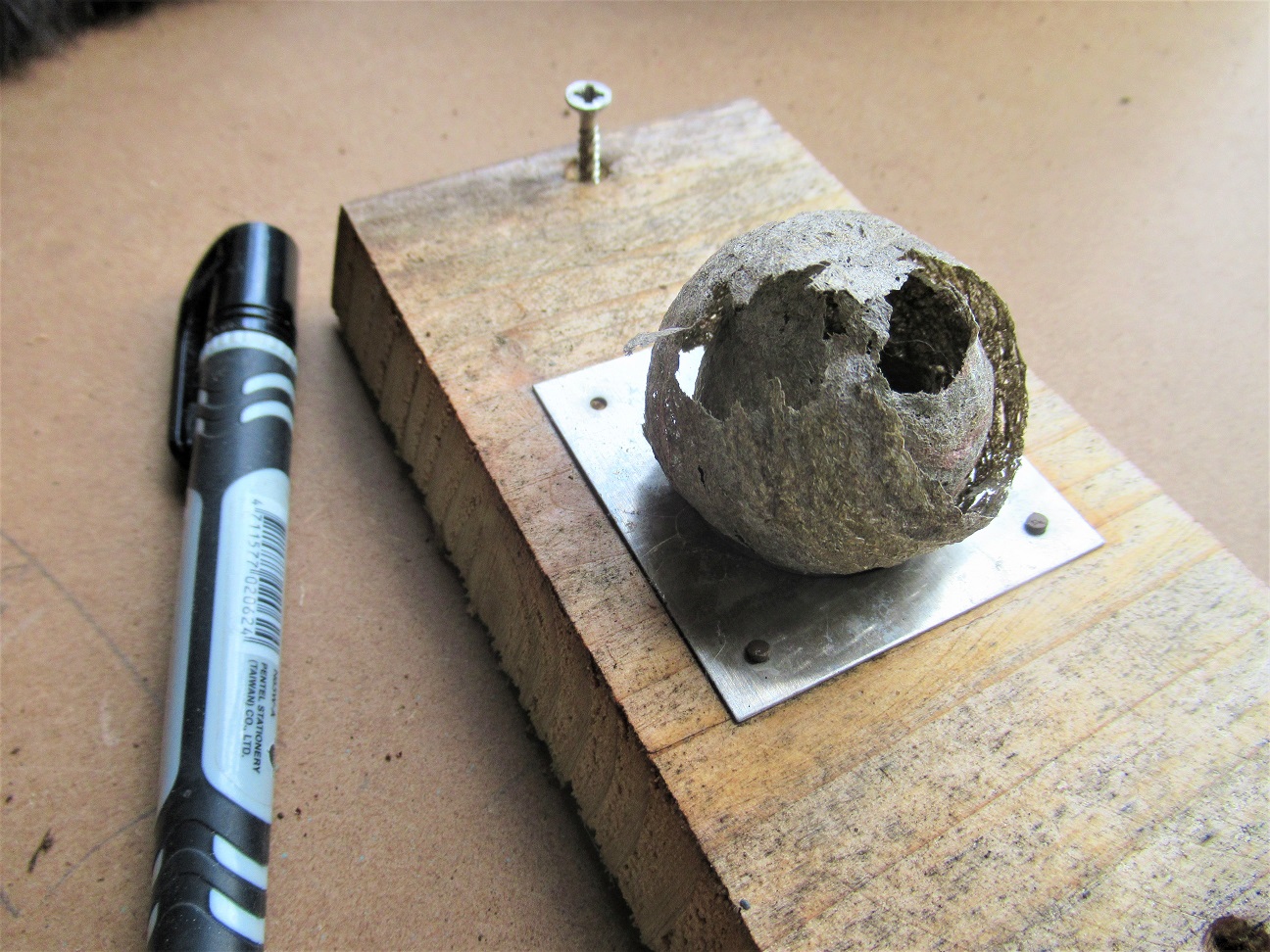 Being no insect expert (I presumed it was some sort of nest) I consulted Chris Wren, who is a guru from the volunteer group at the Natural History Society of Northumbria (NHSN).  This is what he told me:

"It is a wasp nest, most likely a common wasp (Vespula vulgaris). In the spring mated queens emerge from hibernation and each starts her own nest construction using chewed up wood fibres to make paper. Different bits of wood make different colours which you can see in your photo. Normally the queen raises a dozen or two workers by herself and they then join in and greatly expand the colony and the nest while the queen concentrates on egg laying. It isn’t unusual for something to go wrong, such as the queen being killed or eaten, and then construction stops."

Picture from the web: 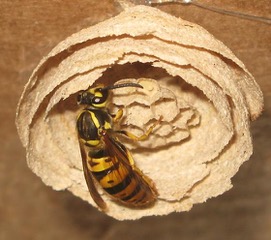 I can thoroughly recommend Chris's blog (as long as you don't abandon mine!):