Sorting out the stripes

Many insects are yellow and black.  This gives off the message 'I can sting you!' Some do sting, some don't - but it may not be worth finding out...

I photographed this beastie last week in the garden.  It had me confused (not unusual...) but I could see it was not a wasp. [I'll show a picture of a common wasp later].  I also now realised, because of my 'learning from a book' (and from Charlotte at NHSN) that is probably a bee because of the long antennae.  Hoverflies have very big eyes and very stubby antennae.
So what is it? 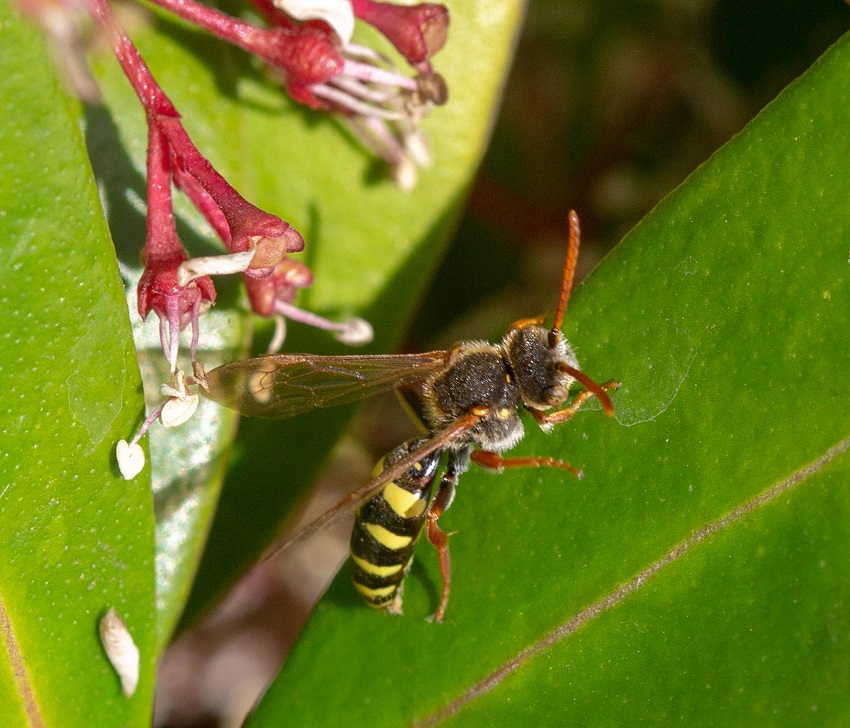 Nomad bees (Nomada sp.) can easily be mistaken for small wasps. Most feature yellow and black waspish markings, or have brick-red/brown-red and black bodies and heads. They are a 'cleptoparasite' (cuckoo) species.

Cleptoparasites are organisms that take over the nest or nest cell of the target host species. The cleptoparasite's offspring then feed off the food supplies intended for that of the host.

Nomada lay their eggs in the nests of other bees, especially Andrena (mining) species. Some species have very specific hosts, whilst others have several target host species.

N. marshamella targets the Chocolate Mining Bee - interesting that I photographed one of these in the garden too.. 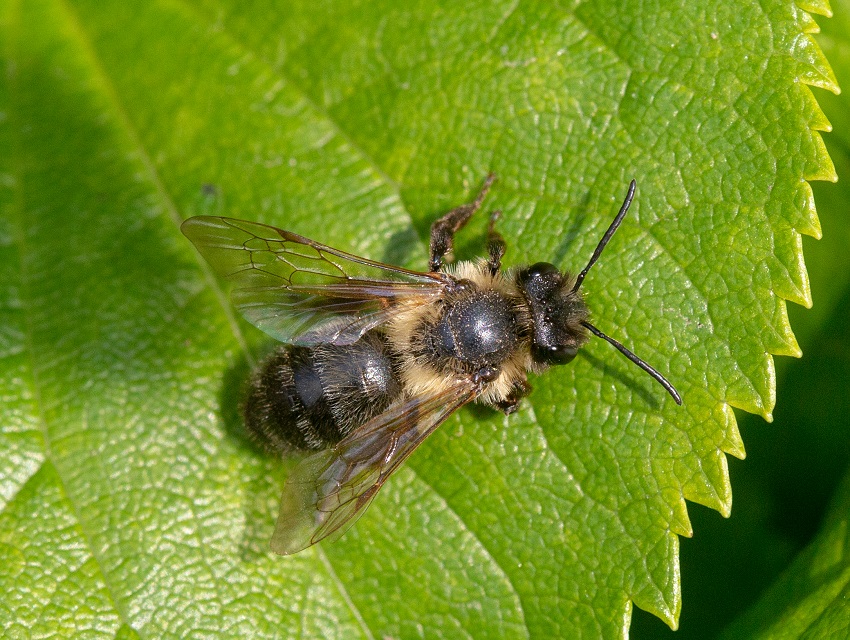 Although the Nomad bee has a wasp-like look there are clear differences on close inspection.  This is Vespula Vulgaris - our common wasp. 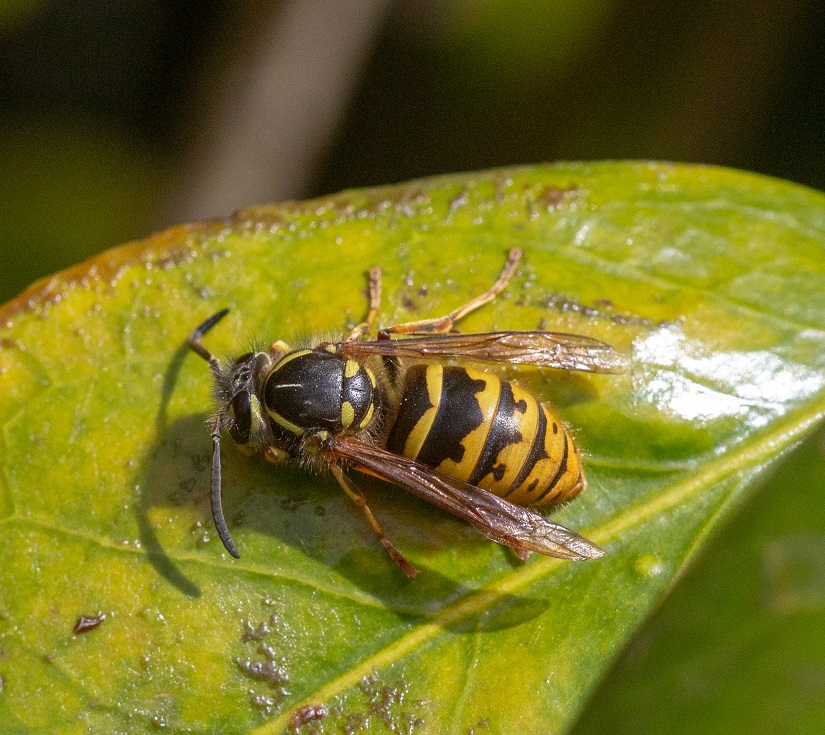 And the other stripey critters are some hoverflies. As I am battling to get to grips with bees, hoverflies are trailing low down on my learning curve.  But my book tells me (!), rightly or wrongly, thay this is probably of the Syrphus tribe ('tribe' seems to be a term used in hoverfly circles to sort out the species) 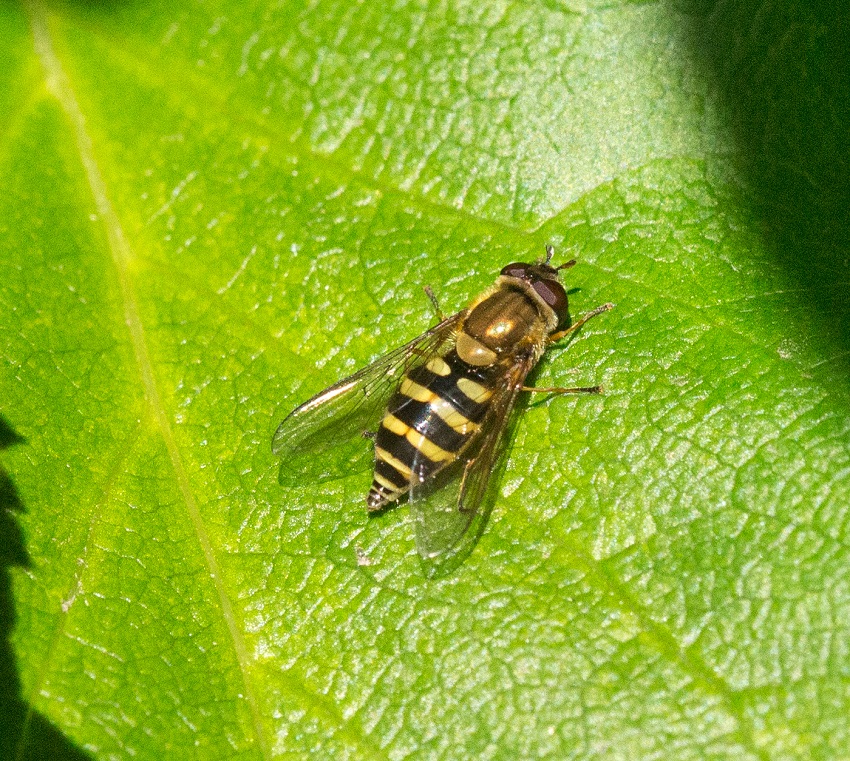 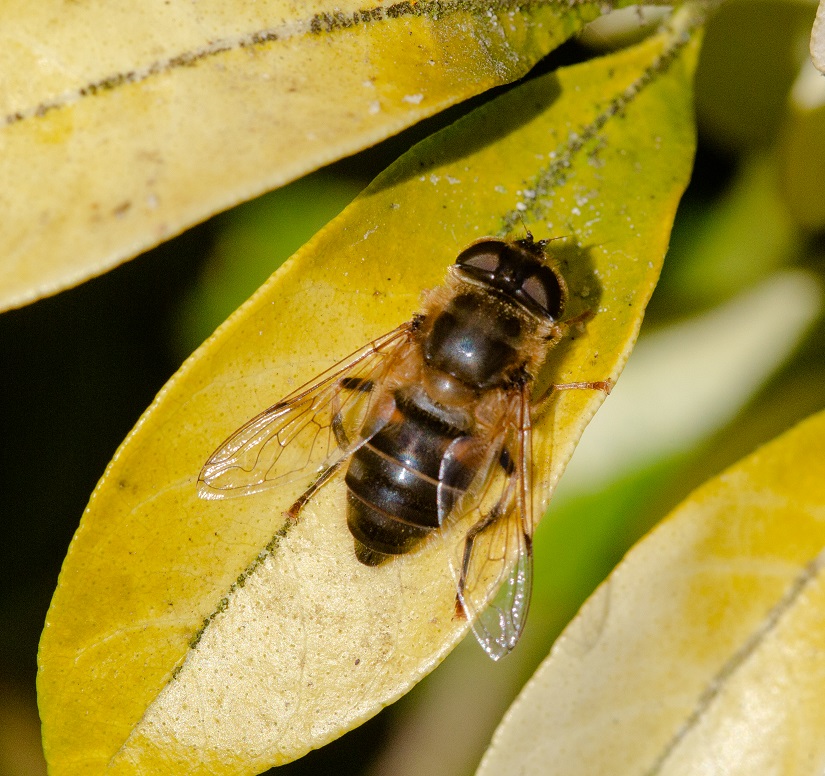 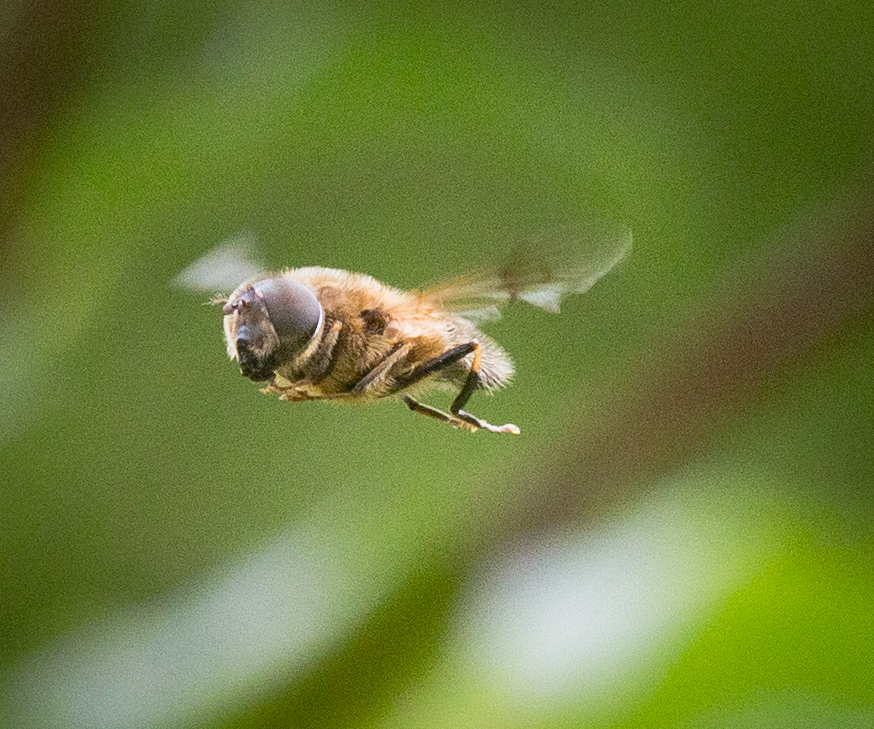 It really is amazing what is all around us - without us noticing.  Thankfully I am starting to notice a bit more...and just in our garden!